The results were disheartening.  On November 10, 2022, after nearly eight exhausting years of policy conversation, all five state agencies on the Forest Practices Board (Department of Natural Resources (DNR), Department of Ecology, Department of Fish and Wildlife, Department of Commerce, and the Department of Agriculture) voted to reject the WFFA proposal for buffer widths as put forth using a scientifically credible process that included both WFFA sponsored science and their own Adaptive Management Program (AMP) sponsored science.  The state agencies were joined by both tribal representatives and a conservation caucus representative on the Forest Practices Board in rejecting the scientific merits, in rejecting the more than 240 letters that were sent in support of our proposal, and in rejecting multiple offers to condition the buffer proposals consistent with the discussions we had with all but one of the board members prior to this pivotal vote.  The full hearing on both our buffer width proposal and an associated ‘relatively low impact criteria dispute’ can be found on the TVW video of the Forest Practices Board hearing.  Specific timing for elements of the hearing are listed on our website at https://www.wafarmforestry.com/FPBRecordingTimeline.  You will note that Ken Miller, our TFW Policy Representative, engaged in an act of civil disobedience at the end of the November 10 hearing in response to this egregious block voting on the part of state agencies.

Prior to the vote, we received signals from more than one state agency that small forest landowners of our caliber deserved a break, but we saw no evidence of any benefit of the doubt or breaks during actual vote counts.  This vote against the proposal followed the same pattern that occurred at the November 9, 2022, Forest Practices Board meeting where four of the five state agencies (all but DNR) voted against advancing a private landowner proposal into the rule making process for addressing outcomes arising from a long term study on non-fish bearing streams.  In neither case were state agencies willing to listen to, or advance, any alternatives that would address private landowner concerns.  After the November 9th vote we received several verbal confirmations that state agencies were directed to vote down landowner alternatives.

This egregious lack of engagement with landowners follows on a similar path to that established in January 2022 with HB 1838 (aka The Lorraine Loomis Act) that, had it passed, would have established enormous buffers on all agricultural lands with streams meeting the definitions of fish bearing.  Since efforts are afoot to limit testing to see if fish frequent low gradient streams, this would have essentially covered all agricultural land in western Washington and a large amount of agricultural land in eastern Washington where water is present.  There has been significant signaling that some version of the Lorraine Loomis Act will return this legislative session.  The outcomes from the Forest Practices Board votes of November 9 and November 10, 2022, presage an ominous outcome for all private rural landowners.  This is especially true if we divide our interests along regional, partisan, or sector lines.  Unity among those who own rural lands is essential to ensure that our voices are heard and respected as we navigate a complex, but not insurmountable, challenge of integrating scientific, social, ecological, and economic criteria into decision making.

The choices made by state agencies this past month are not a shining example of government at its best, but if we choose to walk away, we are aiding and abetting that kind of behavior.  That isn’t an acceptable solution for yourselves as small forest landowners, for your lands, or even for the state.  Your letters spoke of profound reverence for the lands you steward, and a kind of durable connectedness to nature, to family, and to community that is much needed in this world.  Thank you so much for putting your heart into them.

Your letters are reason enough to never give up.  Therefore, we are examining potential options for addressing this latest policy failure and will keep you apprised as we move forward on several fronts.  We are likely to be asking for active participation (calling your elected representatives, for example) to advance these discussions.  If you feel moved to participate in any way, we would be most appreciative of your thoughts, ideas, energy, and passion.  Please reach out.  We have greatly appreciated your support during this complicated, but necessary endeavor.

A board that regulates logging has rejected a proposal by small-forest landowners to shrink buffers between streams and tree-cutting, sparking a one-man protest.

After the vote Nov. 9, Ken Miller, of the Washington Farm Forestry Association, sat at a microphone and compared the majority of the Forest Practices Board to “emperors drunk on power.” Read more 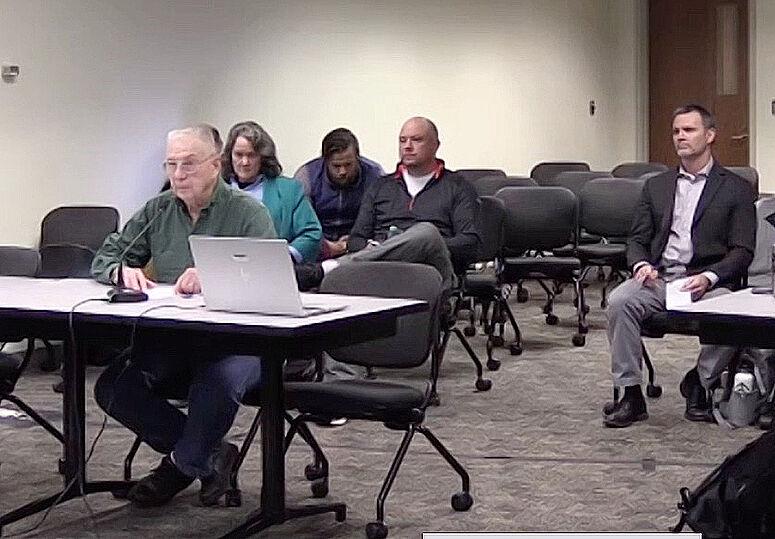 Shot down by State Agencies, Tribes, and Conservation caucuses – now what?

Small family forest owners were promised alternative harvest prescriptions in 1999 Forests & Fish that have yet to materialize.  Several years ago we considered legal action, but instead decided to make our case using science.  The scientific studies have been done and they confirm that 75’ and 50’ buffers can be as effective in protecting the resources as the current wider buffers.  However, at its November 10 meeting, the Forest Practice Board ignored the science, and their rules by rejecting the template that had been proposed by WFFA for SFLOs.  Over 200 letters were submitted by small forest landowners in support of the template.  WFFA Executive Director Elaine Oneil and TFW Policy Representative Ken Miller highlighted those comments in a letter to the Board that can be viewed here.

Click here to view a complete listing of our WFFA videos, including the recent Bigleaf Maple Syrup Conference held at Pack Forest!

Purchase WFFA merchandise or a Gift Membership for your adult children as part of your succession planning. Encourage the next generation of Stewards of the Land.

My trees have just been have been cut.  What do I do next?

How many trees per acre should I plant on newly harvested land?

How do I find out how many trees per acre are growing on my land?

Why did my newly planted seedlings die?

Do I need to worry about insects attacking my trees?

My big trees are dying.  Could it be from a disease?

Something is eating my young trees!  What is it?  What can I do about it?

Other plants are growing where I planted young seedlings.  Do I need to do something about them?

How do I mix chemicals in my backpack sprayer?

How can I control weeds if I don't want to use chemicals?

I want to plant western red cedar on my land.  Is it hard to get established?

I'd like to plant red alder instead of Douglas-fir.  Should I do so?

My trees seem to be too close together.  Should I cut some of them out?  How do I know when to do it?

I think my trees are big enough to harvest.  How do I find out about how to do it and who will do it?

Do I need to know exactly where my property lines and corners are located?

These chapters were written by Bryon W. Loucks, retired forester and small forest landowner, who wanted to share his 50 years of experience with other small forest landowners who are interested in learning more about managing their forest land.  They are focused on management of Douglas-fir in western Washington, but many of the chapters contain information that is useful with other species and in other locations.  If you have questions or want to make comments, he can be contacted at bryonloucks@gmail.com

Appendix: Samples of Contracts.  Word versions are provided so you can modify them for your own use.

How the Blue Mountains were Formed Geologically
Blue Mtn Chapter
Saturday, January 14, 2023 - 11:30am 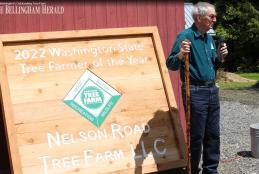 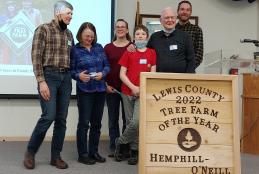 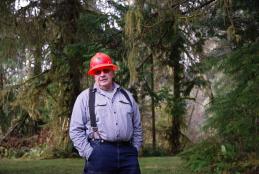 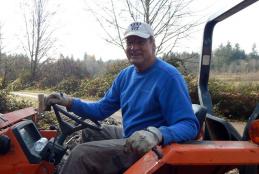 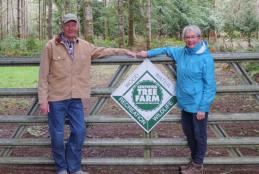 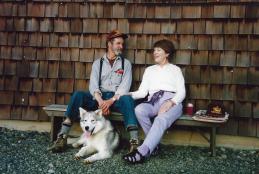 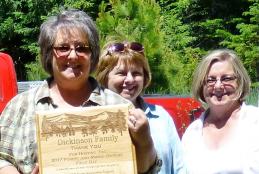 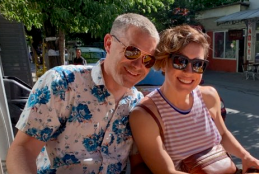