Like other people, Bill Kemp found that life is a route of many changes that could not be foreseen. Upon high school graduation, he entered college toward a B.S. in Forestry (Fish & Wildlife), but interrupted that goal with a stint in the U.S. Navy for 11 years of active duty. Bill eventually completed the forestry degree, along with a B.S. in Chemical Engineering, a B.A. in Education, and a Master of Education in Curriculum, Instruction, and Administration. He became a high school teacher of chemistry and physics.

His wife Janet was a school teacher, principal, and district superintendent. You get the picture that these two are very intelligent people. Compassionate too. 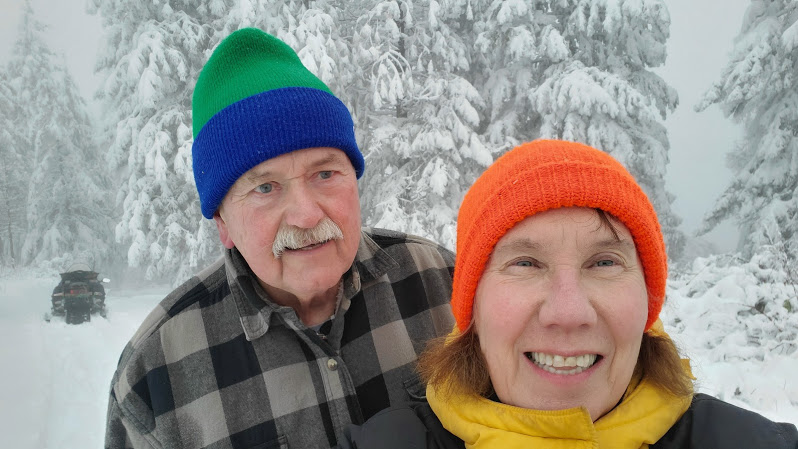 For various reasons, this married couple chose to enrich their life and raise their family in a rural setting. In 1979, they purchased 29 acres of forestland in Pend Oreille County, Washington and have resided there since. Over the years, Bill and Janet purchased adjacent small parcels of forest and now own 16 contiguous parcels totaling 312 acres of overgrown and wild forest land. All are designated forest land for property tax advantage.

Their conifer forest and meadows are in a small headwater basin of Otter Creek, a tributary to the Little Spokane River. One fish-bearing stream and three non-fish-bearing perennial streams are present.

Five children grew to adulthood on the tree farm, and eight grandkids are now enjoying the fun visits there.

The elder sibling, daughter Annie, has deeply-felt memories of her life there. “My favorite thing would be going to the auction and coming back with baby goats, kittens, chickens, maybe all the above. The other thing we did was walk. As a family, through the woods, exploring each turn in the creek, the trails the wild animals made, and just having family time. I don’t remember watching much television. I do remember being outside building forts, swimming in the pond, clearing a path.….and then there was knapweed. Every family walk involved making sure we picked every last knapweed so that it didn’t take over the land. As I got older and friends moved here and there, I was still always at the same house, in the same woods, it will always be a special place that taught me to love and appreciate all the natural beauty around me.”

Bill and Janet have addressed estate planning by establishing a living trust that provides a percentage of estate assets to their children, with the remainder to their grandchildren.  One interesting requirement for using trust assets toward college is a specified minimum grade-point average.

Bill installed several trail cameras around the property and documented all species of mammal big game and predators expected for the area. The family recreates in winter with snowmobiles, cross-country skis, or snowshoes, and occasionally used a log cabin distant from the house for family visits.

Bill and Janet’s youngest heir, son Erik, recalls growing up with the forest right out his back door as one of the greatest sources of excitement and joy in his childhood. “My dad and many relatives are avid hunters and taught me the basics of hunting. When I got old enough to go out on my own, the first thing I wanted to do was build my own tree stand in one of the many large trees on our property. I designed and built one, then set out a trail camera in a clearing that my stand covered. The camera caught a great little whitetail deer buck that I later shot during the hunting season. That trail camera also caught moose, bear, and many other critters wandering by and opened my eyes as to how many creatures live in the forest. Lots of the activities that we do in the woods have really brought us together as a family.” Erik Kemp was recently awarded the 2017 Steven D. Stinson Leadership in Natural Resources Scholarship and is beginning his third year at Brigham Young University pursuing a degree in Wildlife and Wildlands Conservation. 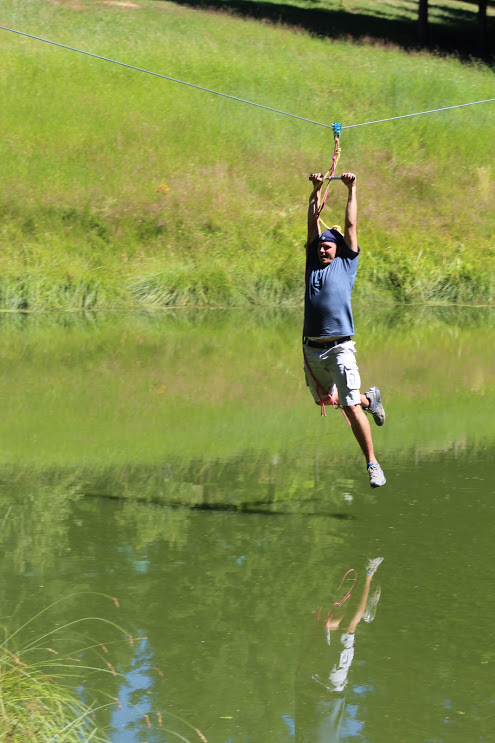 Bill and Janet occasionally host cross-country and track teams from a nearby high school to campout and run on the Kemp property’s many trails and roads. Students learn about forestry and tree species identification in the process.

Over the years, the Kemps hosted a total of 11 foreign exchange students from Germany, Italy, Denmark, and Colombia. During the school year those students grew to love the outdoors and hiking in the woods. They were amazed with all the wildlife and expressed their sorrow at not having quiet.

The Kemps are life members of the Washington Farm Forestry Association. Bill describes the beginning of that relationship this way. “I was reading the local newspaper and noticed that a meeting of WFFA’s Northeast Chapter was being held nearby. I only knew one person at the meeting and found the information to be very useful. Memories of my youthful forestry days returned. While they were having the yearly business meeting, my mind wandered until I heard my name called. What is going on? They were nominating members to be the Pend Oreille County Representative for the Chapter. My name was the only one nominated. I was not even a member at the time. Welcome to the WFFA!”

“Serving as the Pend Oreille County Representative turned out to be a wonderful way to meet knowledgeable forest owners and professionals. The cost was time for a few meetings and helping at the annual functions. The benefit was a new way of management for my forest and realizing that many of us would like help but do not know who to ask or where to go. The answer is to join WFFA and get involved.” 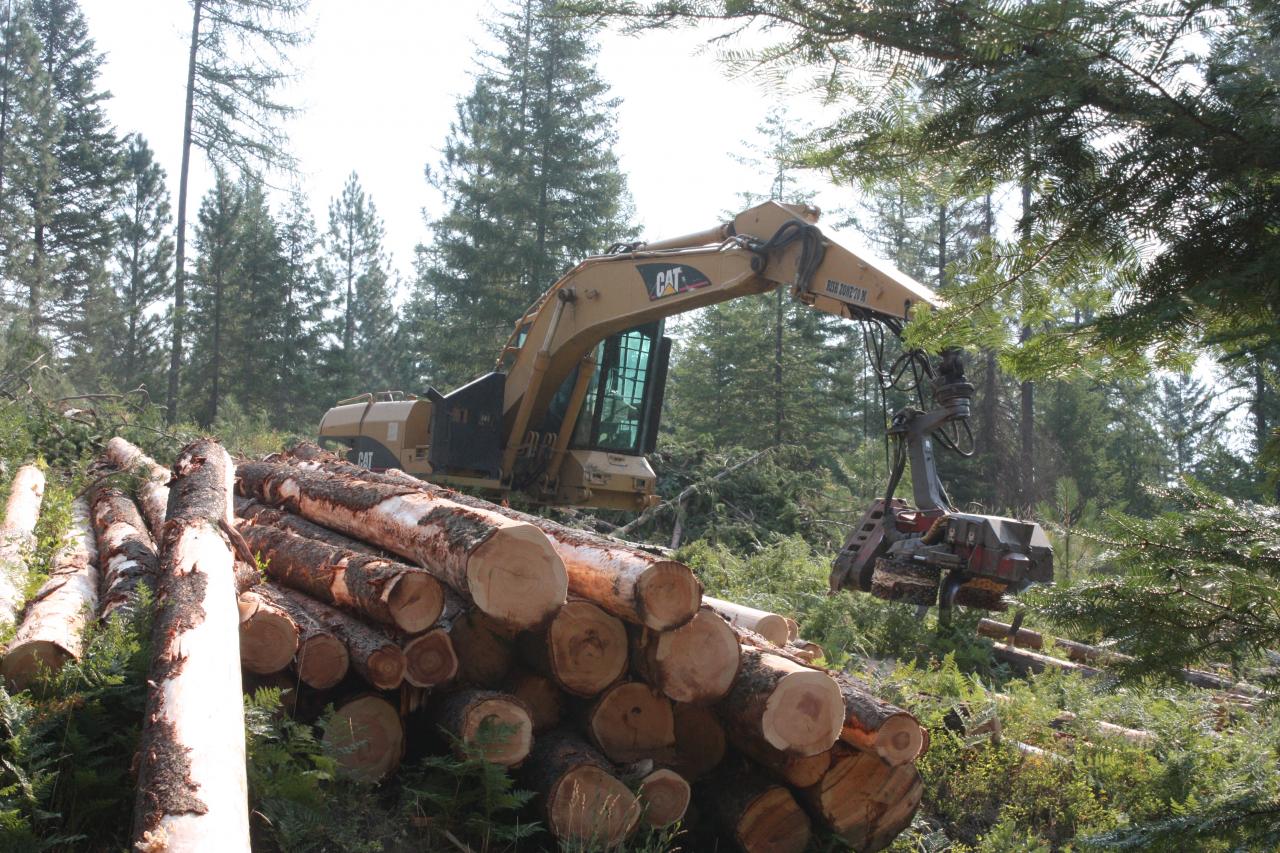 Because Bill hired a professional forester consultant to inventory his forest, the survey tools usually needed for that task came with the hired help. However, other kinds of equipment for property management were purchased, including a snowmobile, 4-wheel-drive ATV, rubber-tired farm tractor, chainsaws, small tracked dozer, and 4x4 pickup truck. Bill rents a herbicide sprayer to control spotted knapweed and orange hawkweed, and a wood chipper for small-scale fuel reduction. The Kemp-owned trail cameras also monitor logging and other contract operations.

Son Erik cut and sold firewood from logging residue and windfall on the family property to help pay college expenses. The Kemps have enough dead wood from logging and windstorms to meet their future heating needs without harming habitat for dependent wildlife species.

From experience Bill has at least two regrets. The first is that after hiring several professional foresters over the years he didn’t implement their advice earlier about pre-commercial thinning. His thinning backlog will be a challenge to accomplish.

The second is a lesson about expecting the unexpected. Bill had planned to selectively log some cedar trees and prosper from their high market value. The state government harvest permit that is normally processed in weeks stretched into months because of an untimely transfer by a key agency staff person. Fortunately, the lumber price they had expected did not plunge during the delay and their profit was still realized. 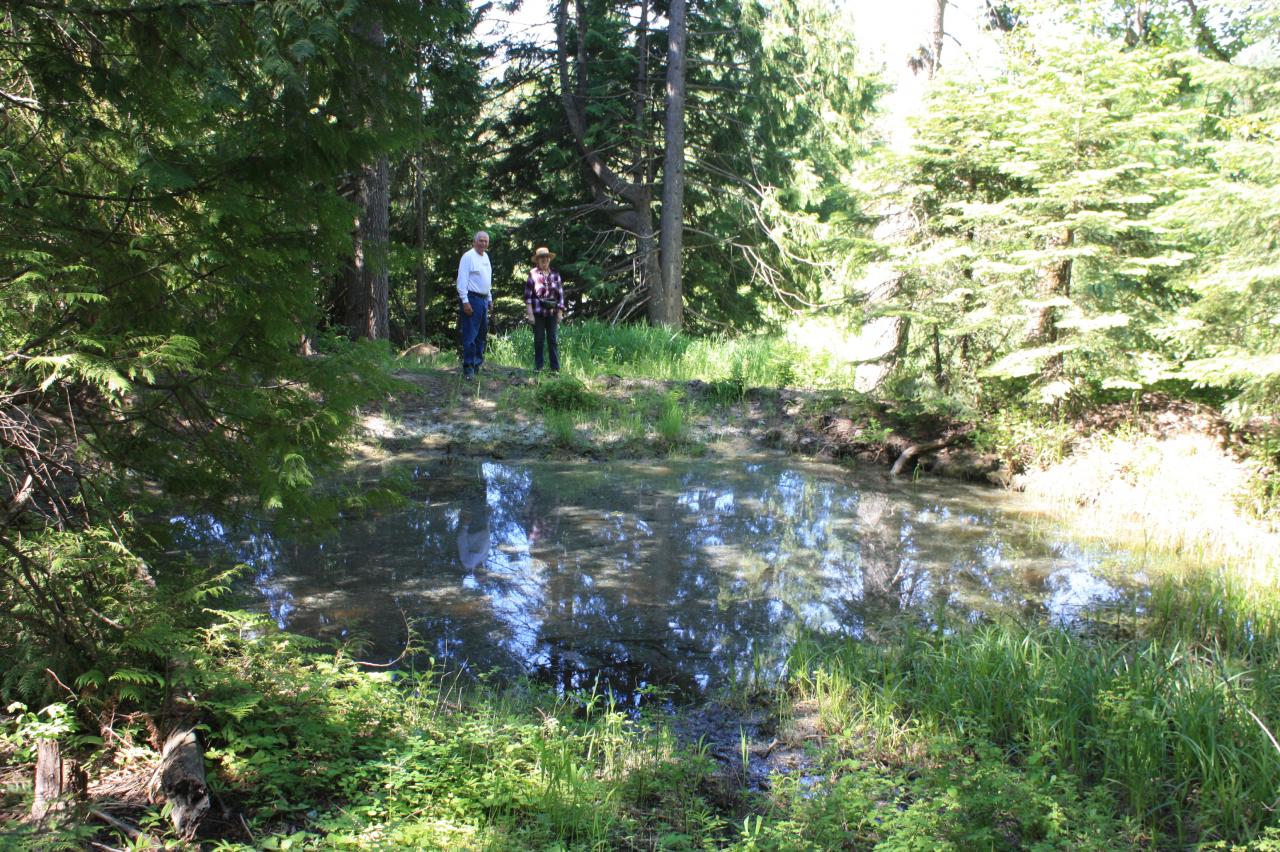 Bill and Janet reflect on their forest with these words. “Every day we can start with a walk in our woods. We are privileged to observe the change of the seasons with brilliant colors of the fall, the crystal shimmer of a snow covered quiet woods in winter, the welcoming back chirp of the birds in the spring, and the smell of the warm earth and trees in the summer. It is a dynamic forest and we are grateful for the opportunity to live in it.”