Burnt Ridge rises from rolling farmland as you travel east from Onalaska, WA. Upon this ridge is a 40 acre piece of land known as the J.W. Logan Tree Farm, owned by Bill and Marilyn Logan. The J.W. initials are a tribute to the late father of William “Bill” Logan, who originally purchased these 40 acres as a portion of a larger 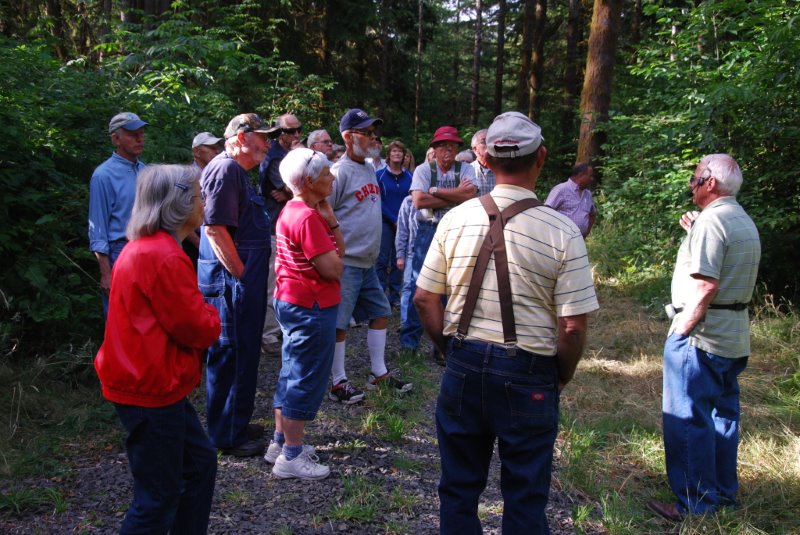 block in the 1940’s. Bill’s siblings still own adjacent parcels that were part of the original purchase. Bill moved to the tree farm in the late 60’s while working for the Lewis County Sheriff’s Office, which included being elected Sheriff. His children have developed a great affinity for the property and hold reunions every year, which fill up the camp sites complete with power and septic hook-ups! They intend to keep the property for the generations to come.

The J.W. Tree Farm is faced with the challenge of adaptive forest management to address a significant 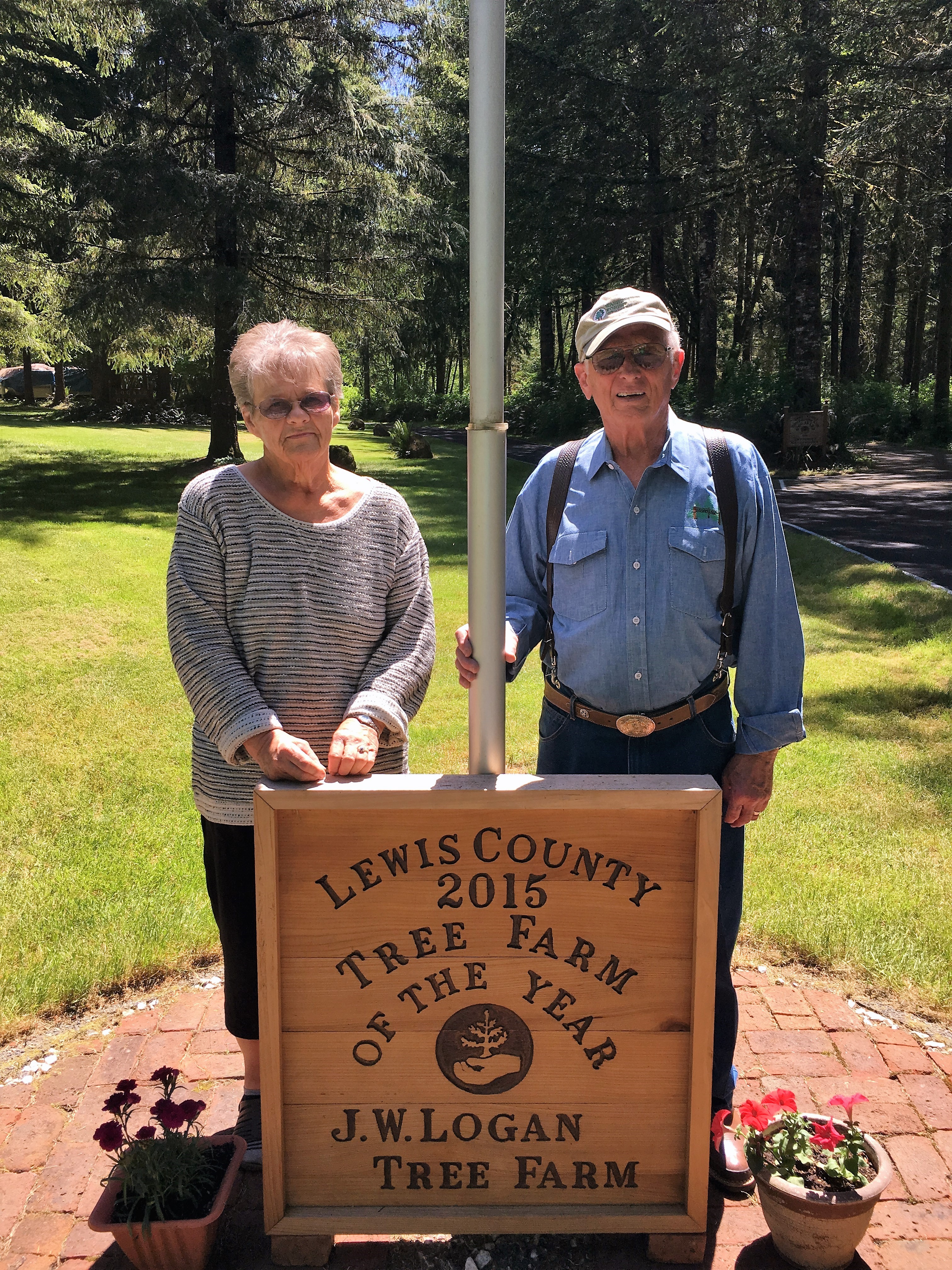 infestation of root rot that is killing the conifers on site. Roughly a decade ago Bill decided to begin red alder rotations on 5 to 7 year increments. Red alder’s resistance to the fungus ideally will allow healthy generations of alder to produce cash flow for maintaining the property, while also providing a scenic location for recreation the family enjoys so much. Bill’s hope is that one day after a couple full rotations of alder (80 years), the fungus will be starved from the lack of conifer fiber in the ground. Then the property could be returned to a conifer forest.